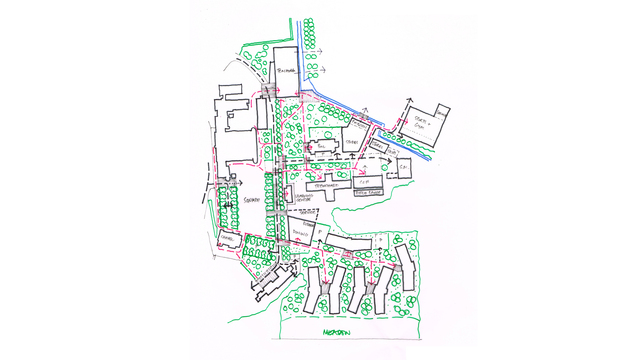 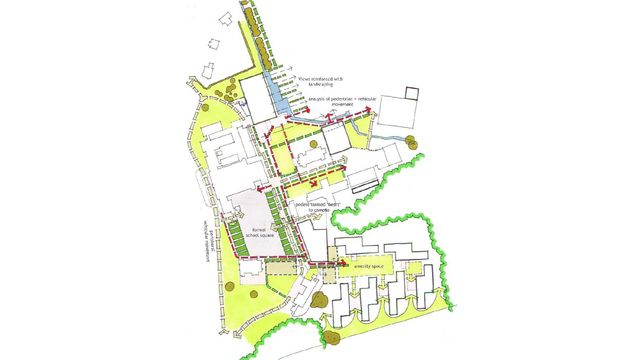 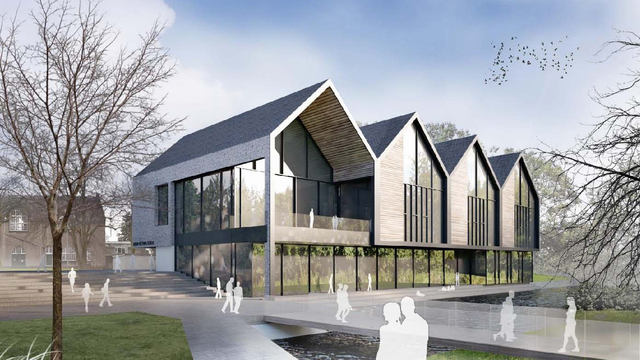 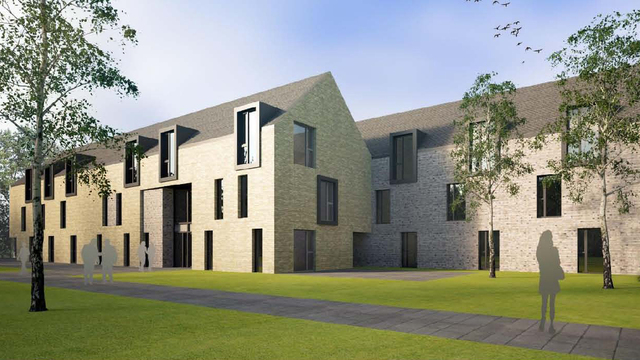 Queen Victoria School, Dunblane is a MOD boarding school comprising of historic listed buildings dating from 1908, with extensive later additions, all within a wooded and parkland setting.  The School intend to expand pupil numbers from c260 to 420 through a phased redevelopment programme, and h+m  were appointed with Holmes Miller Architects to prepare a masterplan to guide the redevelopment programme.

The preparation of the masterplan has adopted a landscape-led approach, where an understanding of site characteristics, building pattern and relationship to local context have strongly shaped and influenced the proposed layout. The proposals have evolved through a process of on-going dialogue and collaboration with school commissioners, staff and pupils, MOD officials, local authority stakeholders and Historic Scotland, to ensure that the proposals meet a range of requirements and aspirations. The masterplan sets out the vision and ambition for the expansion of the school within a sensitive appreciation of the historic and landscape context of the site and its specific qualities and character. It recognises the important role of existing landscape and built features of the school campus, which form part of the local and wider setting of the northern edge of the Dunblane, in acting as a basis for restructuring the overall layout to the campus, reinstating the landscape setting of existing historic buildings and creating an educational environment in which pupils can learn and flourish.

The masterplan has incorporated a series of key principles and objectives. The existing landscape features and retained Listed Buildings on the site have been a major influence on the development of the revised campus layout in terms of defining the pattern and location of new buildings and the sequence of open spaces connecting through the site. Creating and reinstating the landscape setting to the existing Listed Buildings, and improving the setting and landscape context of other retained buildings.  A coherent sequence and structure of hard and soft open spaces link through the site, which reflects the historic formal and informal building pattern.Facilitating ease of movement of pupils/staff between key buildings.Reinstating the historic alignment of the Ryland Burn and its associated tree avenue as a robust and defined boundary to the Green Belt to the north of the campus.And developing a landscape management plan as an integral component of the masterplan vision for the campus.