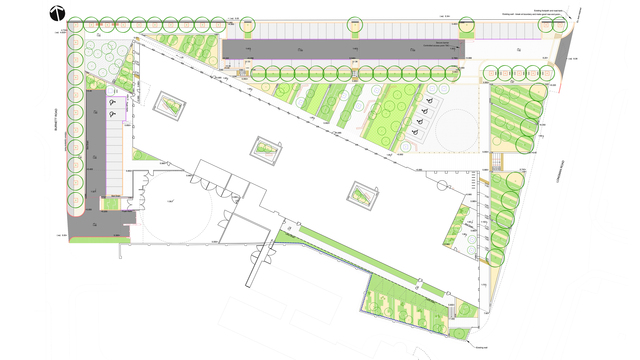 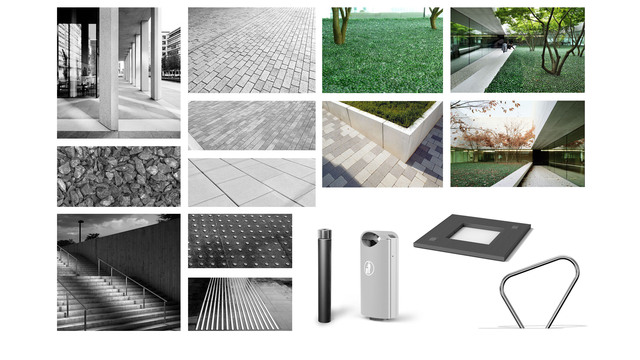 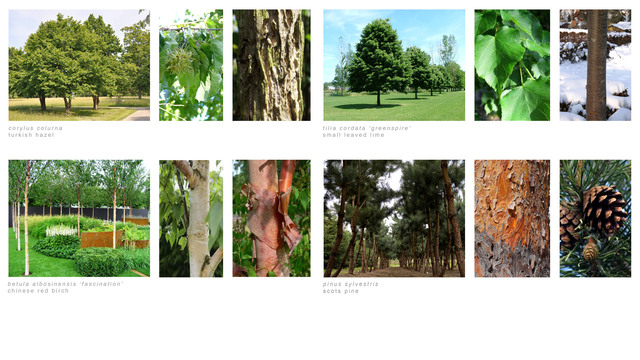 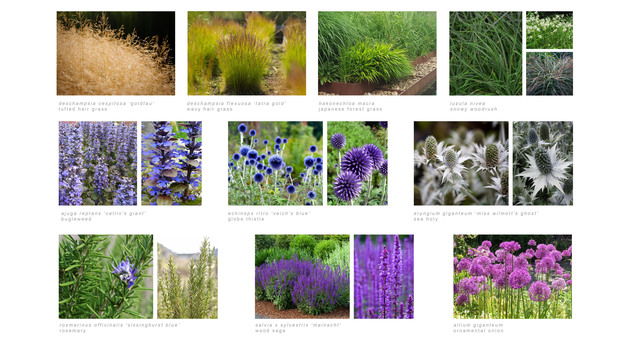 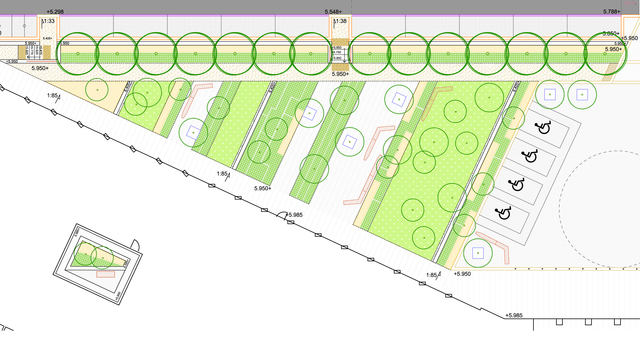 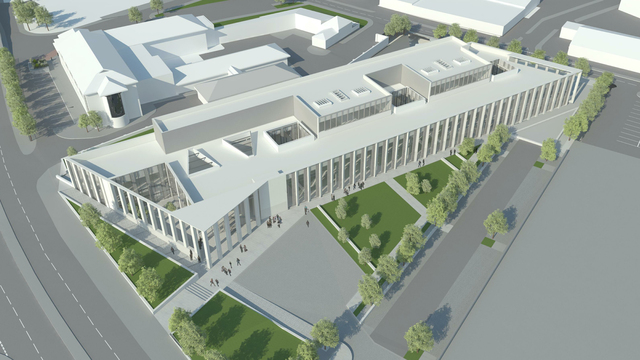 The landscape layout establishes a setting and context to the Justice Centre of appropriate quality and significance, which echoes and reinforces the civic importance and role of the building.  The arrangement of the building on the site, located on a major approach route into Inverness, and its associated public and private spaces provides an ordered sequence of approach, arrival and entrance to the building for visitors and staff.  The building design and layout create a sequence of major civic spaces around the building which are consistent with and support the wider Inverness vision of improving the key approach routes into the city, and of creating high quality public spaces between buildings.

The second public space forms a major, triangular shaped space between the building and the newly created street to the north.  This level public space provides a drop-off area and accessible parking in close proximity to the main entrance, whilst a geometrically aligned sequence of lawns, planting beds, paving bands and linear benches, interspersed with randomly located specimen trees, occupy the rest of the space.  A line of formal avenue trees form a threshold between the civic space and the new street to its north.

Along the Burnett Road frontage, a new continuous tree lined footpath and cycleway is provided, creating a new identity and character to this hinterland street which can readily form a model for future re-development of the surrounding area.