The planning application for the restoration of the former fire damaged Craig Dunain asylum in Inverness for private residences has just been submitted.  h+ m prepared landscape proposals for the grounds, centred around utilising the remains of the original chapel as an outdoor courtyard, and taking inspiration from the grass weaving artworks of former asylum patient Angus McPhee, the well-known ‘silent Highland weaver of grass’, whose works were derived from his early experiences of traditional island weaving in South Uist. The layout incorporates a sequence of elements which represent the principles of weaving - a strong linear warp with a sinuous flowing weft - entwining the old building into the new layout. 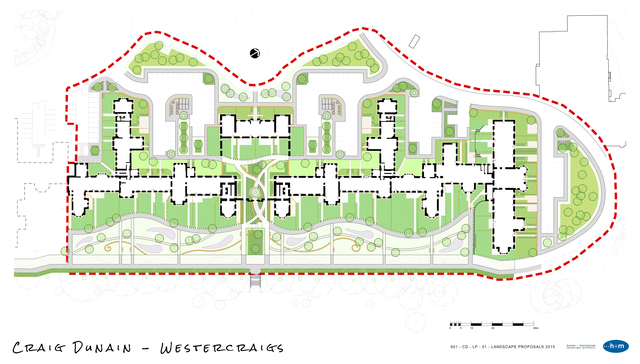