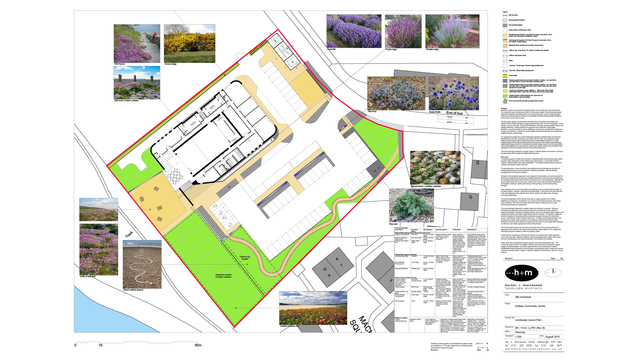 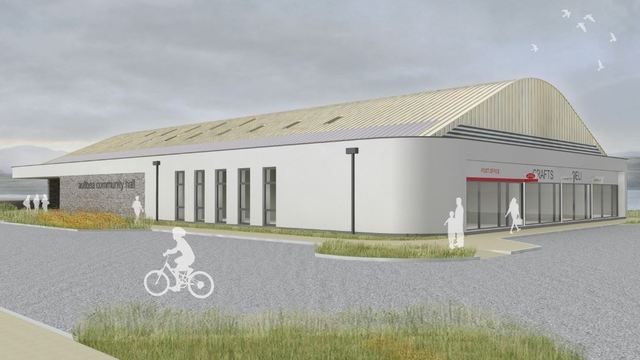 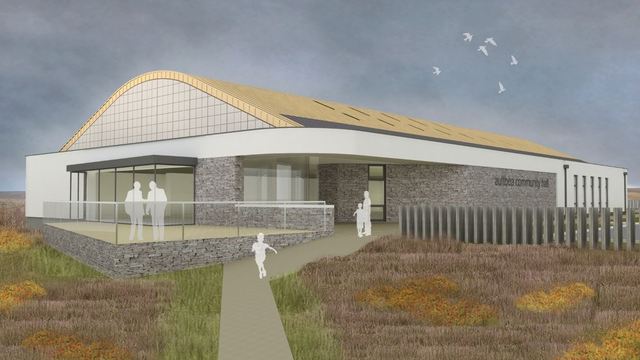 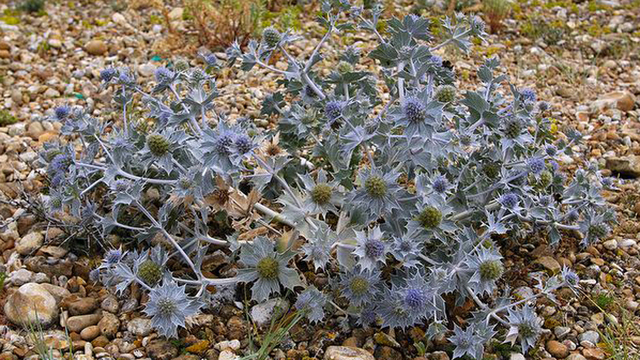 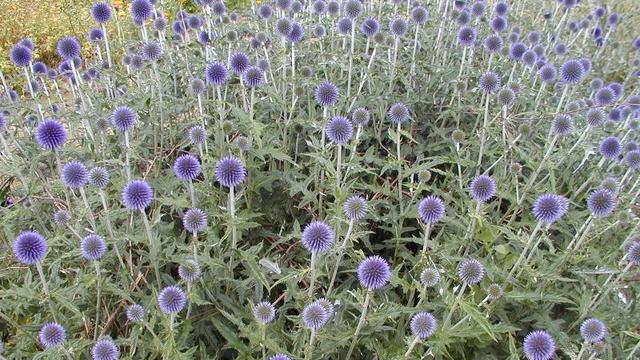 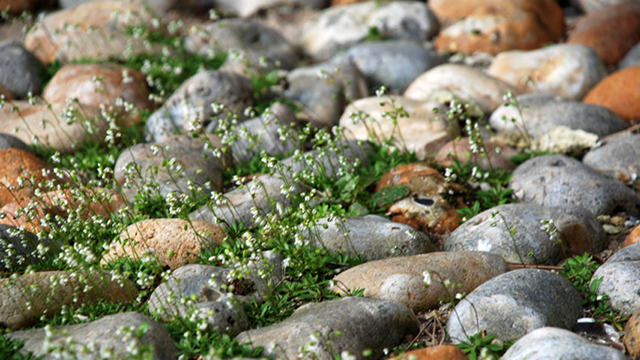 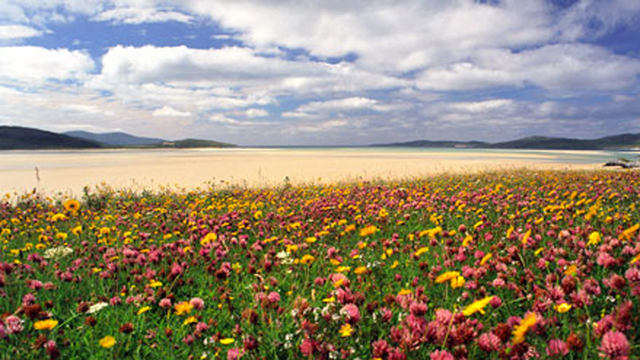 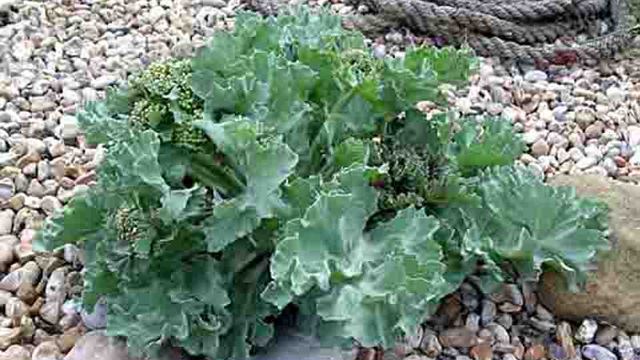 Aultbea occupies an exposed and rugged location on the north-west coast of Scotland. The simple but harsh coastal environment is the primary dictator of the landscape design approach adopted for the setting of the new community centre, where strong salt laden winds and northerly latitude combine to considerably limit the planting palette available to ensure plant survival and success.

The landscape design proposal draws inspiration from the coastal native plants and habitats which establish along the rugged coastal fringe. These species, such as sea thrift, sea holly and wild thyme, naturally colonise pebble beaches and shingle shorelines, creating splashes of seasonal colour along the coastal edge. Elsewhere, coastal meadows of native wildflowers and grasses provide further sequences of colour and diversity.

Our approach envisages the coastal landscape character of pebble beach and meadow penetrating into the site, providing a connection with the wider surrounding landscape. Utilising a limited palette of plants symbolising northern coastal habitats transferred to a public building setting, the landscape proposals represent a microcosm of the Scottish coastal landscape: traditional plant types yet used in a contemporary minimalist design manner. The planting layout is simple and minimalist, comprising either linear planting bands which structure major approaches to the building and parking layout, or naturalistic informal swathes of plants within areas of gravel/pebbles. The surrounding flanks of the site are sown with a coastal meadow mix of native wildflowers and grasses.

The hard landscape treatment is equally simple and informal in character. Entrance thresholds are defined by natural coloured textured concrete slab paving, whilst the majority of footpaths comprise of stabilised gravel, using a free draining cellular support and containment system onto which a gravel/sea shell mix is spread. Timber fences comprising of vertically laid sections of untreated larch define particular areas of the site with a rhythmic simplicity, with the developing silver patina of the wood over time contributing to the informal character of the setting to the building.